The Food Related Team is here to answer your questions about this product.

(Please note: if you have questions about an order you placed, shipping policies, product availability, or returns, please do not use this form. Connect with us or call us at (210) 530-1245 and dial extension 1.)

All answers will be provided by Food Related customer service.

Thank you for your request. You will be contacted shortly by customer service.

Thank you for your request. You will be contacted shortly by customer service. 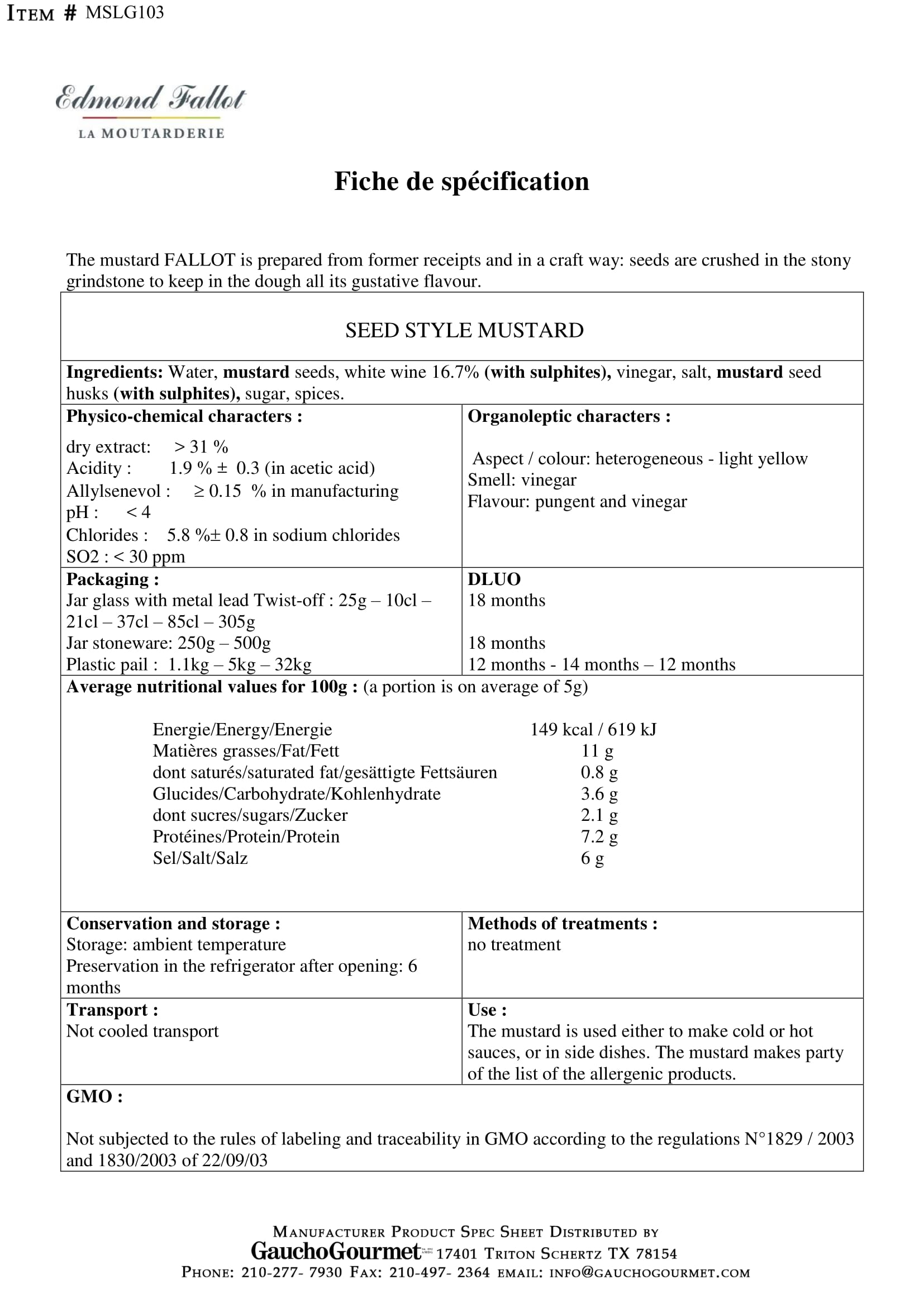 An independent French Burgundian family business to this day, Fallotâs roots date back to its founding in the year of 1840 when LÃ©on Bouley founded a mustard mill. His accomplishments with the mill earned him an award from the City of Paris in 1903 during the Great International Exhibition. His immediate successors had their own impacts on the company, with Mr. Jacob launching the Pure Burgundy Verjuice mustard in 1923, and Mr. Paul Chateau added vinegar pickles and relishes to production. Despite facing many hardships inherent in running a business in Europe during the Second World war, the company reached a new height of success after Mr. Edmond Fallot took over the mill in 1928. His son Mr. Roger Desarmenian took over in 1962, who was then succeeded by his grandson Mr. Marc Desarmenian in 1994. Continuing to lead the company to this day, Mr. Marc Desarmenian has made a concerted effort to modernize the company and innovate while continuing to celebrate the tradition of his beloved familyâs company.

Customers who Bought This also Bought

Sign up for Our Newsletter
Receive regular deals, discounts, and coupons!
We take care of those we love
W Enter Wholesale

We are sorry, but this item is currently sold out. Please enter your email below and we will notify you as soon as the item is back in stock. Thank you for holding your appetite!